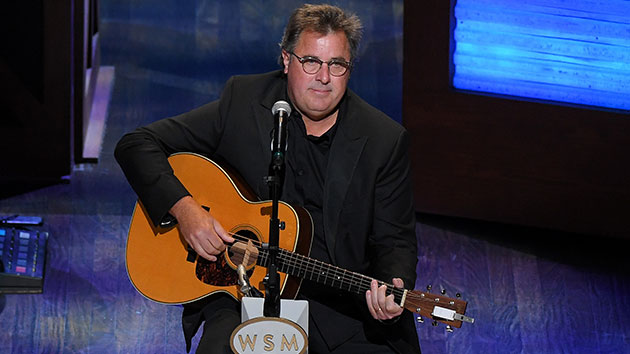 Jason Kempin/Getty ImagesVince Gill was among the country artists weighing in on the genre’s race reckoning during a special CBS feature this week.

The conversation was structured in part as a response to Morgan Wallen’s recent use of racial slurs, including the N-word. Morgan’s music was subsequently removed from many country radio stations, and his record contract was suspended by his label.

“It was just sad,” Vince said, when asked what his reaction was to the incident. “It was just disappointing, because I knew that everybody was gonna massacre country music.”

The singer also pointed out his frustrations at hearing the argument, from many white country fans, that it should have been okay for Morgan to use the N-word, since they hear rap artists using it.

“I go, ‘Have you not been paying attention to the last 400 years? How that word has been used by the white community?’” Vince continued with an exasperated shrug. “It’s derogatory, dismissive and hurtful. It doesn’t have a place.”

Also during the feature, Vince gave an acoustic performance of an original new song that grapples with this issue, called “March On, March On.”  “Four hundred years of history couldn’t be more wrong / A reckoning is coming, march on, march on,” he sings in the chorus.

Other artists participating in the conversation include Maren Morris, Ryan Hurd and Rissi Palmer, who each offered their own perspectives on the state of country music as well as their reaction to the controversy surrounding Morgan Wallen.

Despite the backlash he’s facing, Morgan’s January album release, Dangerous, remains at the top of the Billboard 200 chart for the fifth week straight.