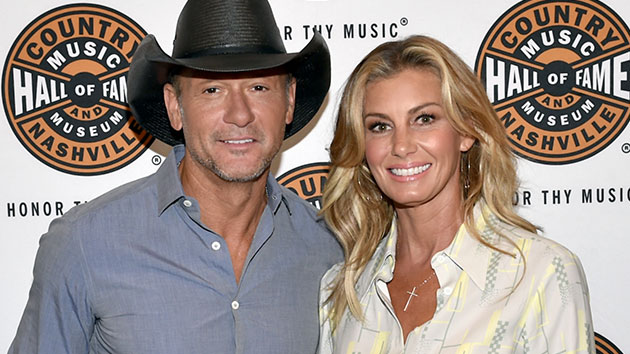 John Shearer/Getty Images for Country Music Hall Of Fame & MuseumWant to own your own island?  Now’s your chance because country superstars Tim McGraw and Faith Hill are about to part with theirs.

New York Post reports that the couple, who own L’île d’Anges in the Bahamas, have listed their slice of personal paradise Wednesday for $35 million dollars.

The couple first purchased the island in 2003 but didn’t move in until nearly a decade later as the island needed lots of work.  Meaning, besides building a comfy little home, the two needed to sort out the infrastructure such as bringing water, electricity and other necessities to the private island.

“We set out to build a house,” Hill told Architectural Digest in 2017. “We had no idea we had to build everything else. We basically had to build a little town.”

While the home was being constructed, McGraw and Hill resided in two yurts — which are now included in the property, according to the listing by Knight Frank.

The listing also explains how the future residents can access the island — saying they will have to take a sea plane or private boat charter from the surrounding airports, where travel time from Miami or Nassau can take between 60 to 80 minutes.