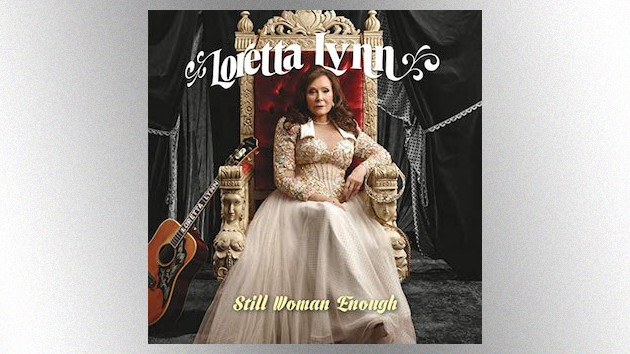 “One’s on the Way”: Loretta Lynn invites Margo Price for a duet remake of her 1971 classic Legacy RecordingsLoretta Lynn invited Margo Price to join her for a new duet rendition of Loretta’s classic 1971 single, “One’s on the Way.”

Loretta also shared a behind-the-scenes video documenting the process of recording the duet, filmed at the legendary Cash Cabin Studio in Hendersonville, Tennessee. In it, Margo reflects on Loretta’s legacy and influence on her own career.

“‘Coal Miner’s Daughter’ and those story songs, they gave me the blueprint as a country artist and just as a writer in general,” Margo says. “Loretta said, ‘You either have to be first, great or different.’ She was all three.”

“One’s on the Way” was penned by Shel Silverstein, and is the title track of Loretta’s 1971 album. It was one of several groundbreaking releases from Loretta; it contrasts the glamorous life of celebrities with the tedious life of a woman who feels trapped by her roles as a housewife and mother.  That’s why Margo wanted to duet with her hero on this particular song.

Loretta has gone on to become a major influence for a whole new generation of country stars, Margo included. In fact, when Margo welcomed a daughter in 2019, she named her Ramona Lynn: Her middle name is a tribute to Margo’s musical idol.