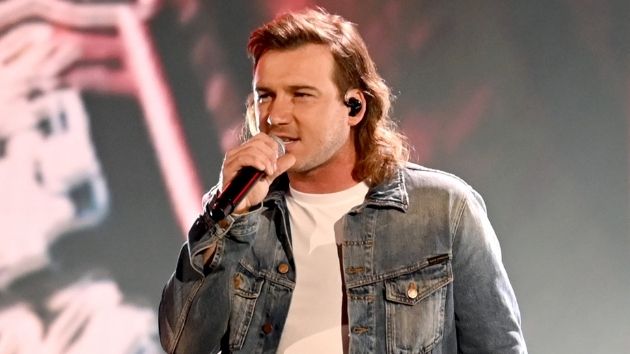 Jason Kempin/ACMA2020/Getty Images for ACMMorgan Wallen‘s Dangerous: The Double Album has dominated the Billboard 200 for a fifth straight week. Not only that, the embattled country singer’s debut album If I Know Me rose to number 10 — which previously peaked at number 13.

Wallen’s Dangerous album sold an additional 37,000 albums over the past week — a nearly 50 percent rise in sales since the last chart was tallied.  In addition, his music was streamed 146.38 million times over the past seven days, which is a nine percent drop over the previous week.

Dangerous officially becomes the third album over the past 12 months to top the Billboard 200 for five weeks.  The only other two albums to celebrate the accomplishment are Taylor Swift, who saw Folklore hang onto the top spot for eight weeks, and Lil Baby, whose My Turn extended a five-week run at the top.

The last country album to spend its first five weeks atop the Billboard charts was Garth Brooks‘ 1998 effort Double Live.

Wallen became embroiled in controversy earlier this month after a video depicting him shouting racial slurs leaked online.  Wallen, 27, was swiftly condemned by his fellow country artists and those who represented him — such as Big Loud Records and WME, who both dropped him as a client.

The “Wasted on You” singer issued a lengthy apology last Wednesday via a five minute video where he accepted responsibility for his actions and asked fans to stop defending his behavior.

“I let so many people down,” said Wallen. “I appreciate those who still see something in me and have defended me. But, for today, please don’t. I was wrong. It’s on me to take ownership of this and I fully accept any penalties I’m facing.”

Wallen also encouraged his followers to “please learn from my mistake.”