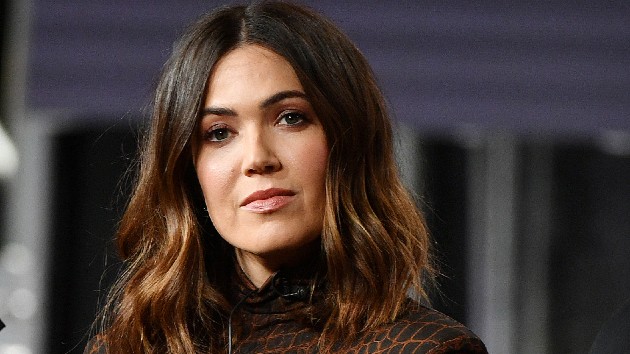 Amy Sussman/Getty Images(LOS ANGELES) — Mandy Moore is setting “healthy boundaries” with the press after an unidentified journalist backed out of an upcoming interview because Moore did not want to talk about her ex-husband, whom she claims abused her.

Taking to her Instagram stories on Tuesday, the This Is Us star shared an email from an unidentified publication stating they were putting her interview “on pause” after declining to speak about her ex.

The unidentified journalist justified it “would be wrong” to proceed with the interview without discussing ex Ryan Adams because of “the impact he has had on her life and career.”

Moore, 36, wrote “my blood is still boiling” over the interaction.

“This is from a publication who reached out eager to do a comprehensive piece on my life and career,” continued the “Crush” singer. “When they were told that I had spoken plenty about a certain subject in my life and would have no further comment… this was the response we got back.”

Moore added she has spoken plenty about the alleged abuse she suffered, adding she suggested the publication “pull” from the “countless interviews” regarding the matter.

“I have been in this business for over two decades with plenty to chat about and sure, this publication can do as they please, but the message this sends is insulting and so out of touch with the cultural discussion around abusive relationships, directly linking someone’s value back to their abuser,” the Emmy nominee furthered.

“The refusal to interview someone unless they agree to relive that trauma publicly? No thank you,” added Moore, closing out with, “I am about to give birth any second and I’m not afraid to draw healthy boundaries. Bye.”

Moore was married to Adams from 2009 to 2016.  She claims he psychologically abused her and damaged her music career.