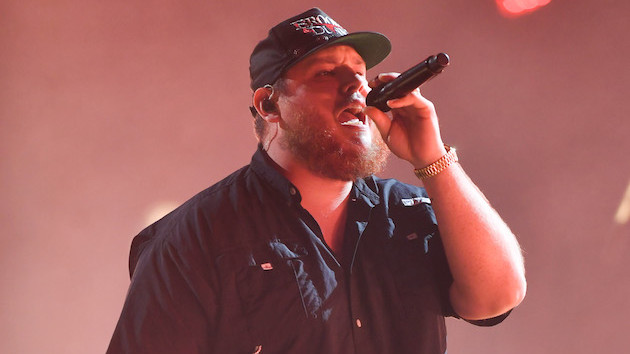 Luke Combs, Maren Morris offer their perspectives on the importance of accountability in country music ABCLuke Combs and Maren Morris were the artists on a Wednesday afternoon panel that took place during this year’s Country Radio Seminar, and addressed accountability in country music.

During the conversation, which was hosted by Ann Powers, Luke and Maren reflected on Morgan Wallen’s recent removal from the country music industry after video surfaced that showed him shouting racial slurs, including the N-word.

Specifically, Maren spoke to the ways in which Morgan’s fans continued to support the singer despite the backlash, and how he used a video message on social media to implore them to stop.

“I appreciate Morgan saying ‘quit defending me’ to his fans. It’s indefensible. He knows that,” Maren pointed out. “All we can do so there isn’t an elephant in the room is say that out loud.”

For his part, Luke reflected on how he himself has come a long way in his thinking over the years. The singer spoke about his past use of Confederate flag imagery, both in photos and in a 2015 music video.

“There is no excuse for those images,” he admitted. “I think as a younger man, those were images that I associated to mean something else. I am now aware of how painful that image can be to someone else. I would never want to be associated with something that brings so much hurt to someone else.”

Now, Luke continues, he’s hoping to be able to be at the forefront of a more inclusive era of country music.

“I’m a living, mouth-breathing example that people can change,” the singer said. “…You do hear the old adage of country music is a family — and I believe that more than anything — but I want it to be a family everyone can be a part of, because it’s changed my life.”