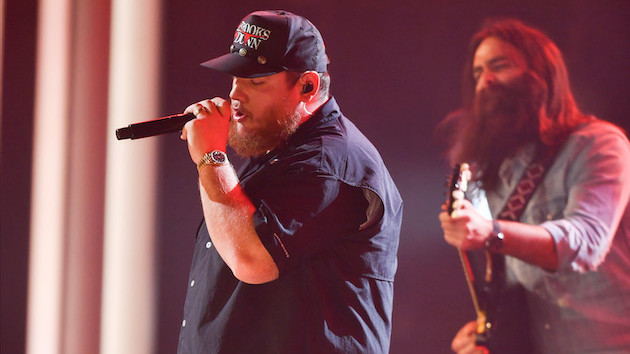 Luke Combs makes the 2021 'TIME100 Next' list, with a tribute penned by Garth Brooks

ABCLuke Combs is representing country music on the 2021 TIME100 Next list, a roundup of 100 stars who are poised to become the next group of most influential people in the world.

In a short essay paying tribute to the “Does to Me” hitmaker, Garth Brooks praised Luke’s work ethic and humble, grassroots approach to his success.

“In this age of self-promotion, Luke Combs is letting everybody else do the talking for him,” Garth writes. “If I could pull him over and tell him one thing, it would be to just keep doing what he’s doing. Just follow that music. What resonates with him will resonate with the audience, with me, with everybody who’s listening.”

It’s undeniable that Luke has accomplished extraordinary feats in country music over the past couple of years. Last month, he reached the top of the country charts with “Better Together,” marking his 10th consecutive number-one hit, the first time an artist has done that on the country chart.

Luke’s 2019 sophomore album, What You See Is What You Get, also recently achieved double Platinum RIAA certification.