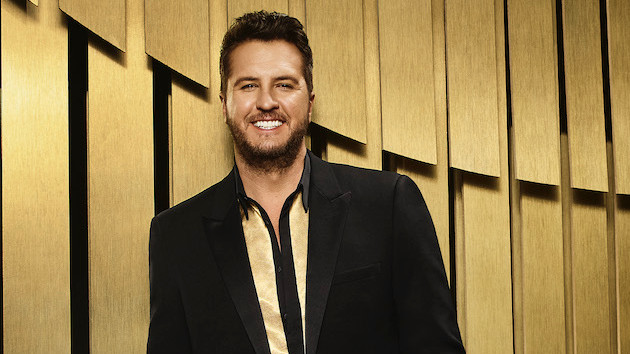 During a Friday afternoon interview that was part of this year’s Country Radio Seminar, Luke explained that this season of Idol might just be the one he’s proudest of to date.

“I watched that premiere with more pride than I’ve had the whole [time] — because I really was proud of the show,” he explains, adding that he feels lucky to have come onto the show after American Idol had already spent years cultivating devoted fan base and setting high standards.

“It wasn’t like they just passed the baton and it was up to [the current judges.] We got a great brand handed to us,” Luke continues. “But still, you gotta deliver a great show that’ll work, and I really felt like [in] the premiere, everybody was clicking. That’s a fun place to be.”

Before Luke signed on to Idol, he was nervous about the decision and talked to some of his country peers who’d had experiences with televised singing competitions: Blake Shelton and Keith Urban.

“They were just like, ‘Man, you’re just gonna enjoy learning something different,’” Luke remembers. “I think as long as you’re waking up and learning new things, learning a whole new…I mean, I’m getting some of my first experiences on the set of American Idol.”

During the interview, Luke also spoke about pivotal moments in his career, how he’s been dealing with the pandemic and more. He was also awarded the 2021 Country Radio Broadcasters’ Humanitarian Award. Each year, that honor is given to an artist who has made significant contributions to charitable causes throughout their career.