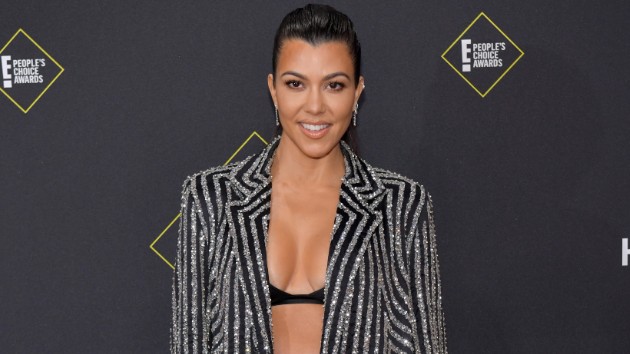 Rodin Eckenroth/WireImage(LOS ANGELES) — Kourtney Kardashian will be leaving roses by Travis Barker’s stairs because the Keeping up with the Kardashians star confirmed she and the Blink-182 drummer are dating.

Kardashian, 41, shared a caption-less photo to Instagram of her and Barker, 45, holding hands in the car.  Barker’s heavily tattooed hand stands out against Kardashian’s freshly manicured nails that look like little red hearts.

The two have reportedly been friends for years and a report from E! News claims the two have been “casually dating” since December.

Then, in January, the two shared photos taken at Kris Jenner’s Palm Springs vacation home — further fueling speculation that they were an item.

Barker has two children from his previous marriage to Shanna Moakler — 17-year-old Landon and 15-year-old Alabama.  He was also previously married to Melissa Kennedy, but the two share no children.

After the two went Instagram officials, famous friends were quick to offer their blessings to the new couple, including Miranda Kerr, Addison Rae and country singer Kacey Musgraves.

Barker himself commented on the photo, choosing to leave a single black heart emoji.