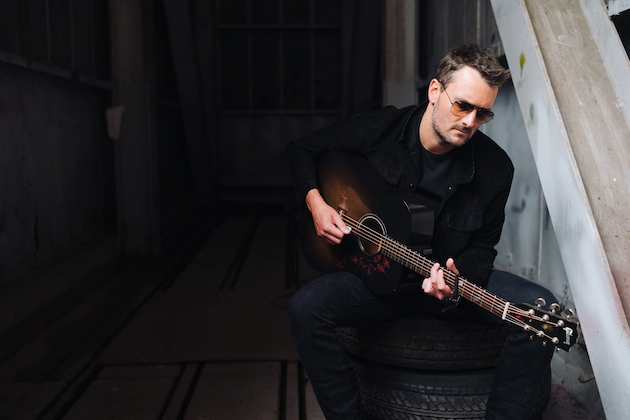 Reid LongEric Church has previously spoken about the unconventional recording process behind Heart & Soul, his upcoming triple album, which led him and his team to embark on a month-long writing and recording retreat in a makeshift studio in the North Carolina mountains.

During a performance at UMG’s annual luncheon and showcase at the virtual Country Radio Seminar, Eric performed his current single, “Hell of a View,” and shared a story about how a personal tragedy in the lives of one of his co-writers impacted the writing process. Eric co-wrote the song with frequent collaboators Monty Criswell and Casey Beathard. But the singer admits that he wasn’t sure Casey would even be able to join them on their album-making trip, because the songwriter had recently lost his 22-year-old son, Clayton, who was one of two people killed in a stabbing incident outside a downtown Nashville bar in December 2019. In addition to being Casey’s son, he is younger brother to country artist Tucker Beathard and San Francisco 49ers football quarterback C.J. Beathard.

“I wasn’t sure Casey would even be able to be a part of this,” Eric said from the stage. “But I’ve never seen anybody show the kind of strength and faith that Casey did. Even though there was so much tragedy he was struggling with personally, he really channeled the motivation and the creativity to do his best work. And as a byproduct, so did I.”

Specifically, Eric remembers Casey pointing out a few of the lines in “Hell of a View” to him, saying “This is really good. Pay attention to this.”

“I think about that every time I play this song,” Eric noted.