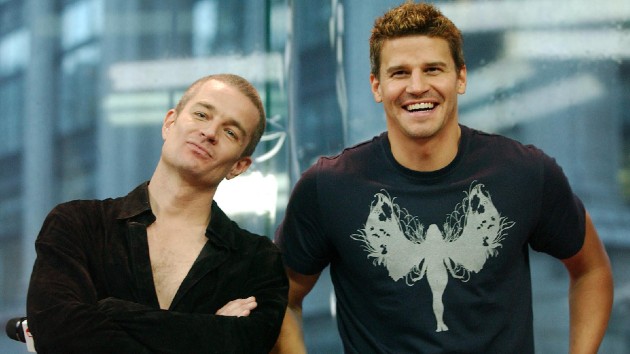 David Boreanaz, who played Angel on Buffy and the Angel spinoff series, rallied behind former co-star Charisma Carpenter, who detailed in a lengthy Twitter post the “abuse” she allegedly suffered while working for Whedon.

Carpenter, who played Cordelia Chase in both Buffy and Angel, issued a statement in support of Justice League actor Ray Fisher who first accused the director of fostering a hostile work environment.

Boreanaz replied to the actress’ post over the weekend — where she accused Whedon of verbal abuse and retaliatory actions — and praised her for coming forward.

“I am here for you to listen and support you. Proud of your strength,” he publicly tweeted out to her, of which Carpenter expressed her gratitude.

“I know you’re there for me, David. I appreciate all you’ve done to demonstrate that support privately as well. Especially since Wednesday,” she replied.

Boreanaz wasn’t the only fan-favorite vampire to publicly side against Whedon — James Marsters, who played Spike, expressed that he is “heartbroken” by the allegations.

“While I will always be honored to have played the character of Spike, the Buffy set was not without challenges,” he tweeted. “I do not support abuse of any kind, and am heartbroken to learn of the experiences of some of the cast. I send my love and support to all involved.”

Marsters and Boreanaz join a growing list of Buffy alums –including Buffy lead Sarah Michelle Gellar — who have voiced support for Carpenter.

Michelle Trachtenberg, who played Buffy’s little sister, Dawn, further alleged that Whedon wasn’t allowed to be left alone with her on set.

Anthony Stewart Head, who played Giles, and Eliza Dushku, who played Faith, have also spoken out.