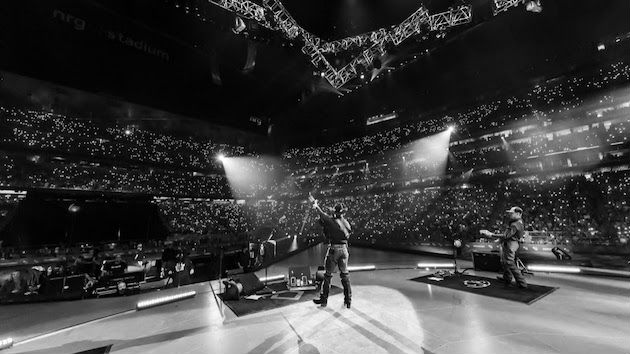 Jay TrevinoCody Johnson will be the subject of an upcoming documentary called Dear Rodeo, chronicling his time as a bull rider on the Texas rodeo circuit and tracing how that journey led him to country music.

Ahead of the film’s release, the singer shared a sneak peek of the trailer on his Instagram.

“When I was a kid, I wanted to be the Lone Ranger,” he says at the opening of the clip. “I always had those heroes…Because he’s always the good guy. He’s always the larger-than-life guy that walks in the room.”

Dear Rodeo takes its title from a song of the same name that’s included on Cody’s 2019 album, Ain’t Nothin’ to It. The singer subsequently released a duet version of the song with Reba McEntire, who shares his affinity for the rodeo life: As a kid, she was a barrel racer.

“I always thought everybody wanted to be a cowboy or a cowgirl,” Reba says in the documentary trailer. “It’s a way of life that’s very romantic. It’s honesty. It’s mother nature. It’s what God gave you.”

There’s no word yet on a release date for the Dear Rodeo documentary.