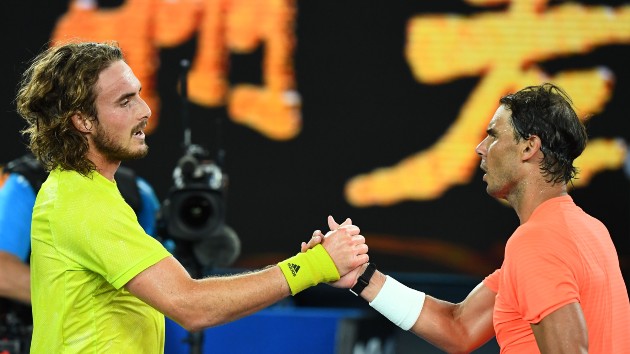 (MELBOURNE, Australia) — Rafael Nadal’s chance at setting the record for the most men’s major titles will have to wait until the next Grand Slam tournament.

Nadal was on his quest to break the record for the most men’s major titles with 21. He is currently tied at 20 with Roger Federer, who withdrew from the tournament at Melbourne Park because he was recovering from knee surgery.

Tsitsipas will now go on to face off against fourth-seeded Daniil Medvedev in the semifinals. Medvedev also advanced to the next round of the tournament Wednesday after his three-set win over Andrey Rublev, 7-5, 6-3, 6-2.