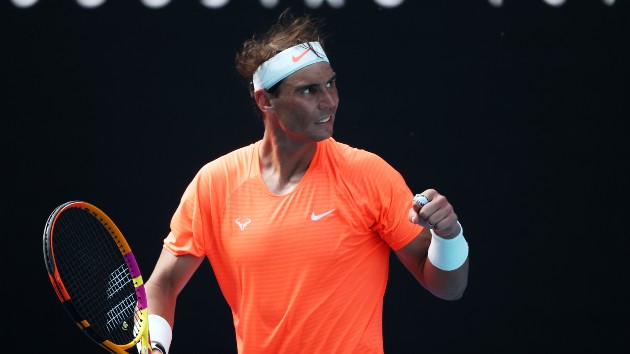 Australian Open: Nadal advances to quarterfinal, will face off against Tsitsipas

(MELBOURNE, Australia) — Rafael Nadal is moving on to the Australian Open quarterfinals for the 13th time in his career.

Should Nadal go on to win the Australian Open this year, he will break the record for the most men’s major titles with 21. He is currently tied at 20 with Roger Federer.

Federer, 39, withdrew from the tournament at Melbourne Park because he was still recovering from knee surgery.