This update is to serve as situational awareness on the remnants of what was Tropical Storm Harvey, currently over the Yucatan Peninsula.

Satellite imagery this afternoon indicates an area of low pressure over the Yucatan Peninsula, associated with the remnants of Harvey, has become better defined. Environmental conditions are conducive for development when the system moves over the Bay of Campeche tonight. Conditions will remain favorable for a tropical depression to form in the southwestern Gulf of Mexico on Wednesday or Thursday. Confidence is increasing that the system will impact Texas Friday into the weekend.

There remains considerable uncertainty on exactly where the system could impact along the Texas coast and locations inland. As such it is too soon to determine exact impacts in South Central Texas as they will be highly dependent on the eventual track and intensity of the system.

Currently between 2-6” of rain is expected inland along and east of I-35, with isolated higher amounts, Friday through the weekend. Lesser amounts are expected west of I-35. It should be stressed that there is the potential for much higher amounts across South Central Texas if the center of system ends up tracking into the Mid or Lower Texas Coast and much lower amounts if the center of the system tracks toward the Upper Texas Coast. These rainfall forecast amounts are likely to change.

There is the potential for Tropical Storm Force winds inland Friday into Saturday east of I-35. However it is too soon to determine exact wind impacts.

A continued word of caution, there are snapshots of weather model output such as rainfall amounts and forecast tracks on social media for this weekend. It is extremely important that you not focus on any one particular model run this far out as these models will have drastic swings from run to run on tracks and rainfall amounts.

At this time we urge you to remain closely aware of the changes to the forecast over the next 24-48 hours by monitoring the National Hurricane Center (www.hurricanes.gov) and your local forecast (www.weather.gov/sanantonio). We expect greater detail and confidence in the forecast tomorrow. 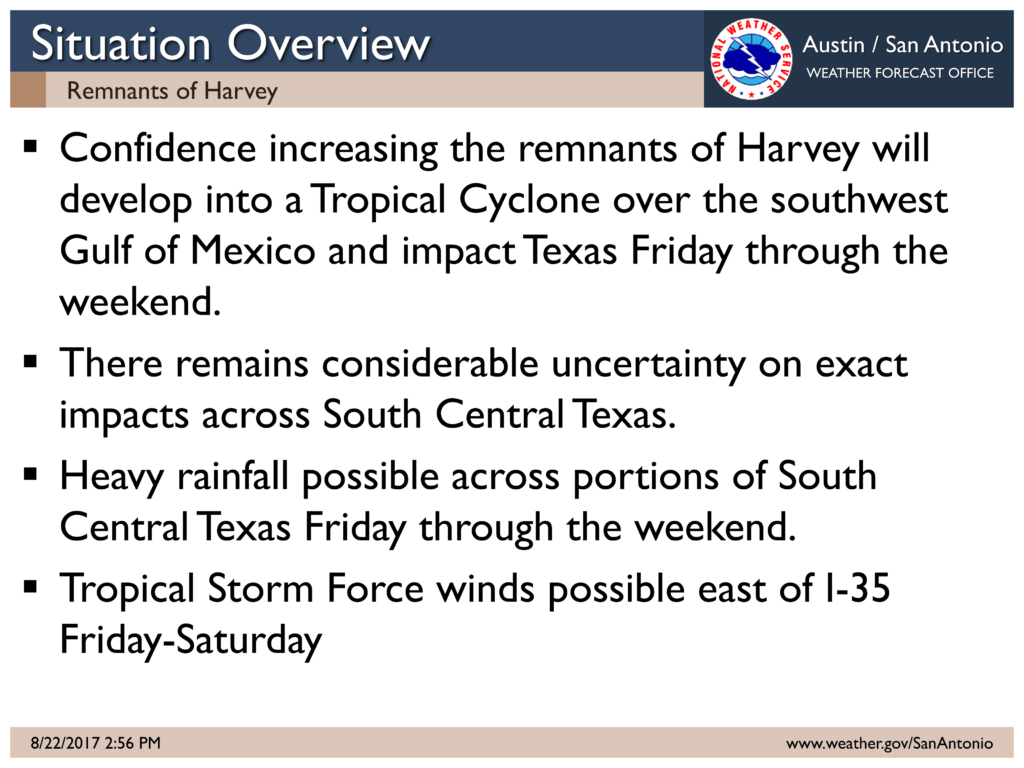 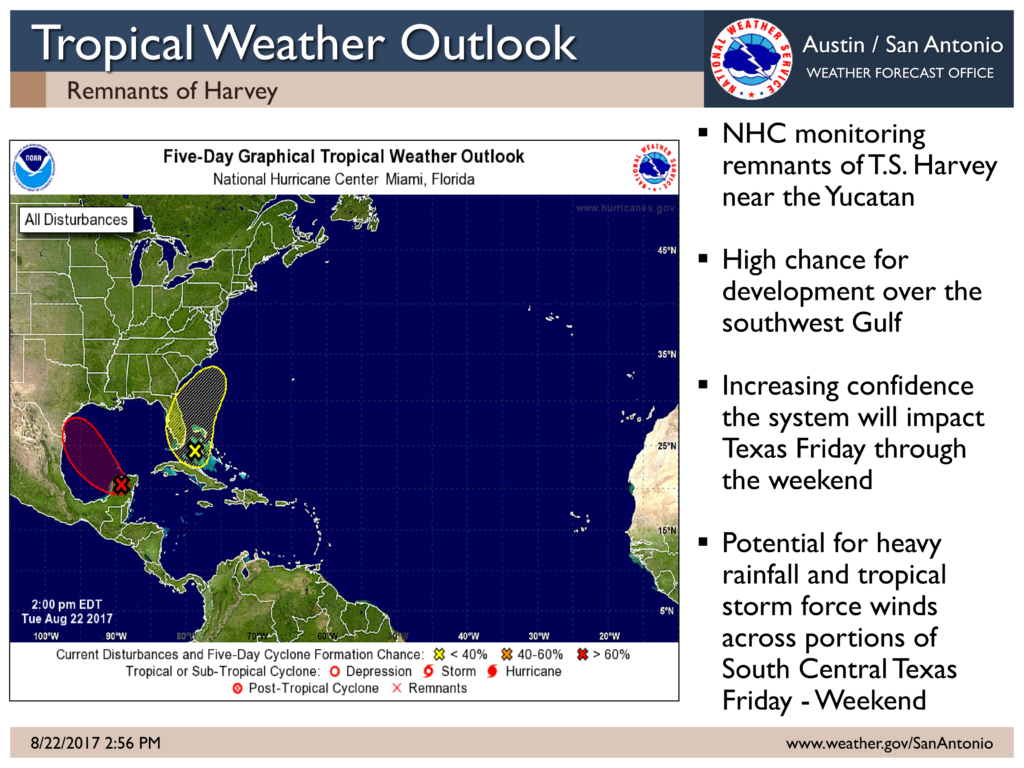 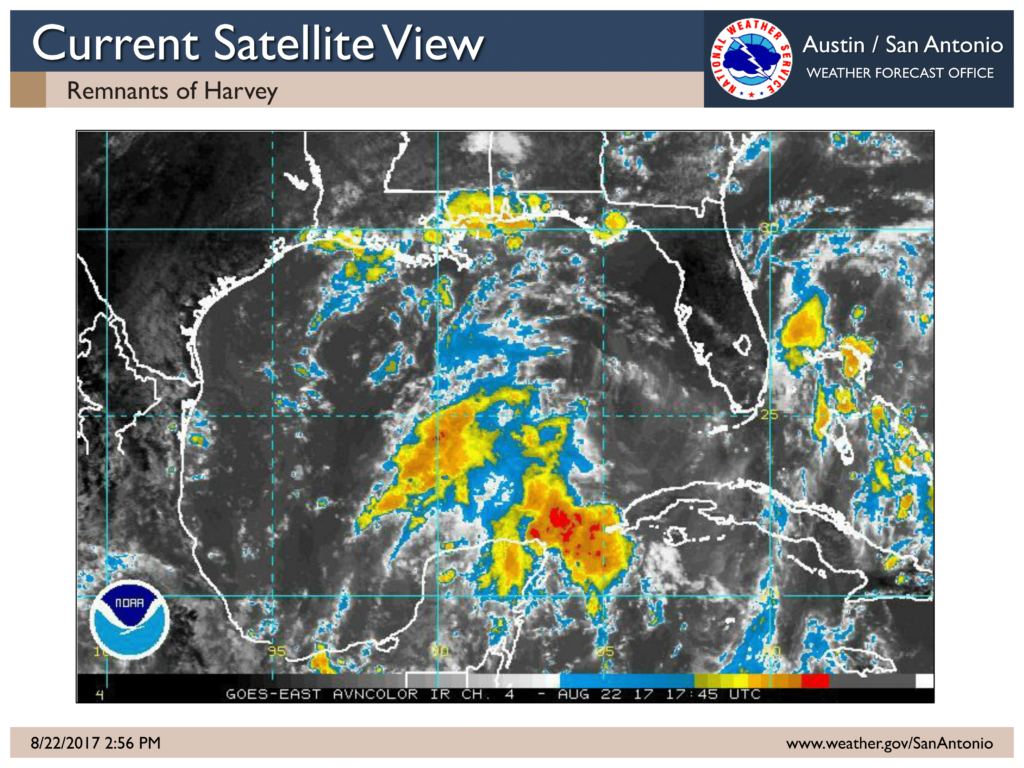 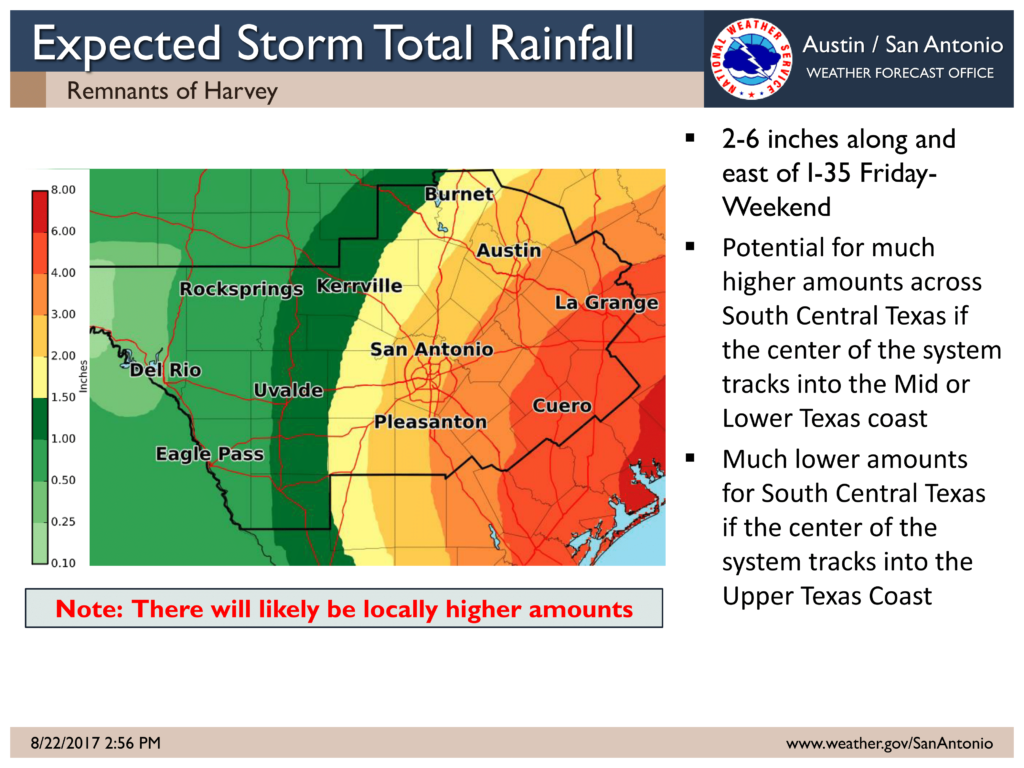 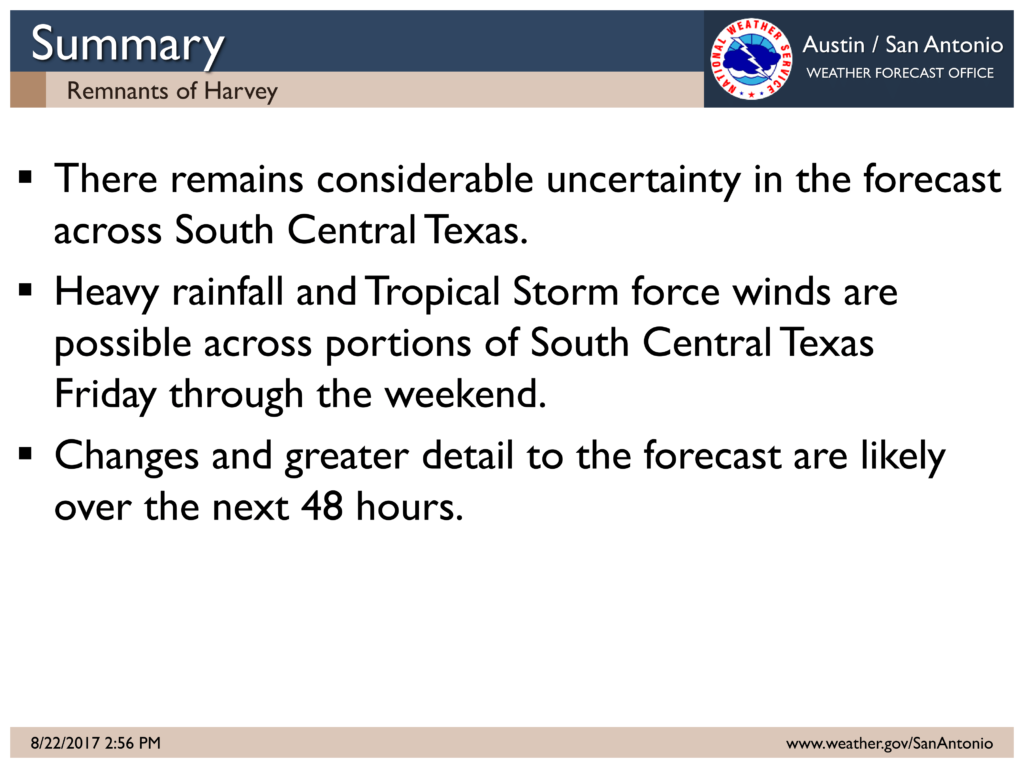